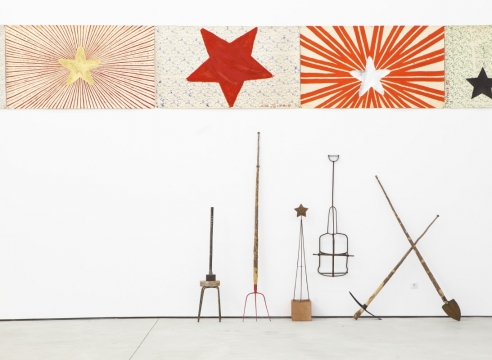 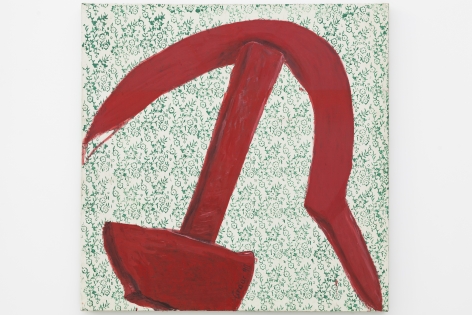 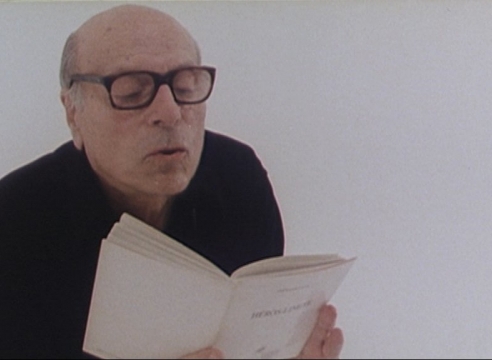 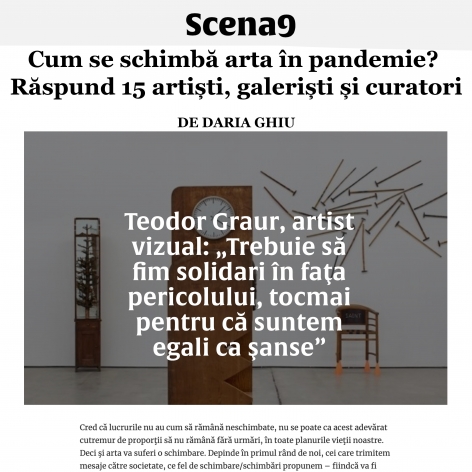 "I believe that things cannot remain unchanged, it is not possible that this true earthquake of proportions will not remain without consequences, in all the planes of our life. So art will also change." – Teodor Graur 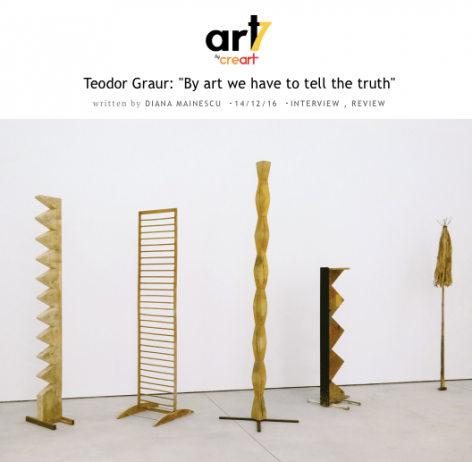 "By art we have to tell the truth" – Teodor Graur 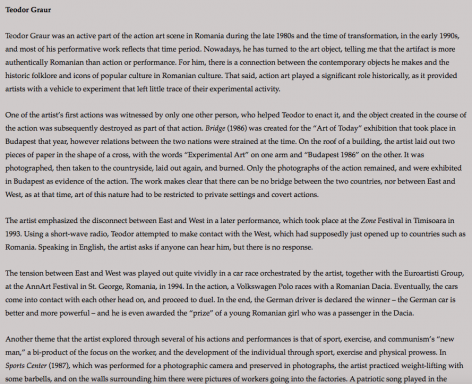 Teodor’s work is a poignant sign of the times – the late 1980s and its experimental yet still covert atmosphere for experimental art, and the early 1990s, a time of transition, with Romania, and its artists, trying to establish their place in the world, and on the art scene, balancing the line between East and West....